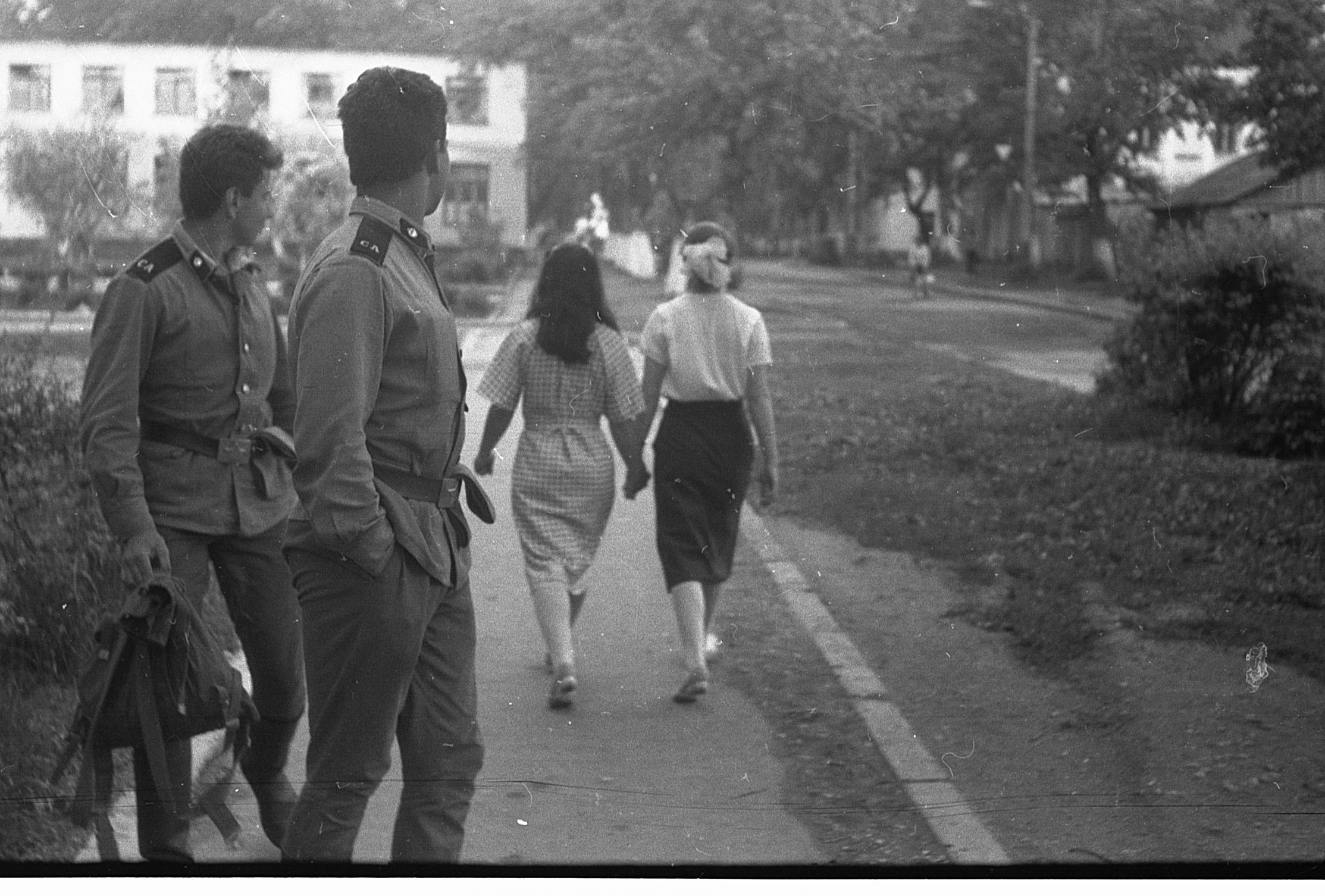 In the photo - Aniskin and Rol.
Except for the three of us, no one knew about this coffee. Only once we almost "burned". Usually, when officers returned from the late "spree" - it was noticeable from afar. Because when their truck approached the camp on the way, the headlights shone directly into the window of the same tent where we drank coffee. But one day, apparently, the truck stalled somewhere in the woods far from the camp, the officers came on foot and we did not notice them immediately. Hearing some footsteps at one entrance to the tent, Aniskin and I grabbed coffee mugs and jumped out through the opposite entrance. And Rol (because he was the "boss" in this tent) remained in the tent. Standing in the middle of the dark night behind the thick pine trees, Aniskin and I watched through the window of the tent, lightened inside. It was also good to hear. And here we see such a picture. Next to the stove is Rol, in an unbuttoned jacket, an army "grandfather", a strong guy about 1.80 tall. He is approached with a menacing uncertain gait by a bully lieutenant colonel, a crooked-legged "burly", 1.60 tall (this is together with the "officer's cap"), with the profile of a typical Neanderthal, with a broken nose. Stopping right in front of Roll, the lieutenant colonel sniffs and smells coffee. Here is the "dialogue":
- Rol, bring me a coffee!
- What a coffee, comrade lieutenant colonel?
- Such a fucking coffee… just rush and brought…
- Where did you see coffee in the army, comrade lieutenant colonel?
The lieutenant colonel clearly did not expect such a "bulling". Looking up at Rol's eyes and breathing moonshine fumes at him, he takes him by the belt and pulls him off the ground with a sharp movement.

And the lieutenant colonel throws Rol in front of him, he falls, turns over his head and flies out of the tent through the entrance where we jumped out. Rol stands to his feet and runs towards the camp, we stop him. His eyes are a little crazy.
"Did you see it?"
- Sure we did… ????
- Give me coffee
"For you or for him?"
- To him
"Are you a fool?" He will fuck us up. You will give it to him once, so he will take everything…
- So what should I do?
"Take butter, sugar, prepare him some tea..." Let him to drink and to calm down…

Roll runs to the sergeant, who swears and gets something from his boxes for the comrade lieutenant colonel…  Aniskin and I share Rol’s  mug of coffee and disappear between the tents. Because someone is necessary to keep the military service, and not just drink moonshine with whores… ???? 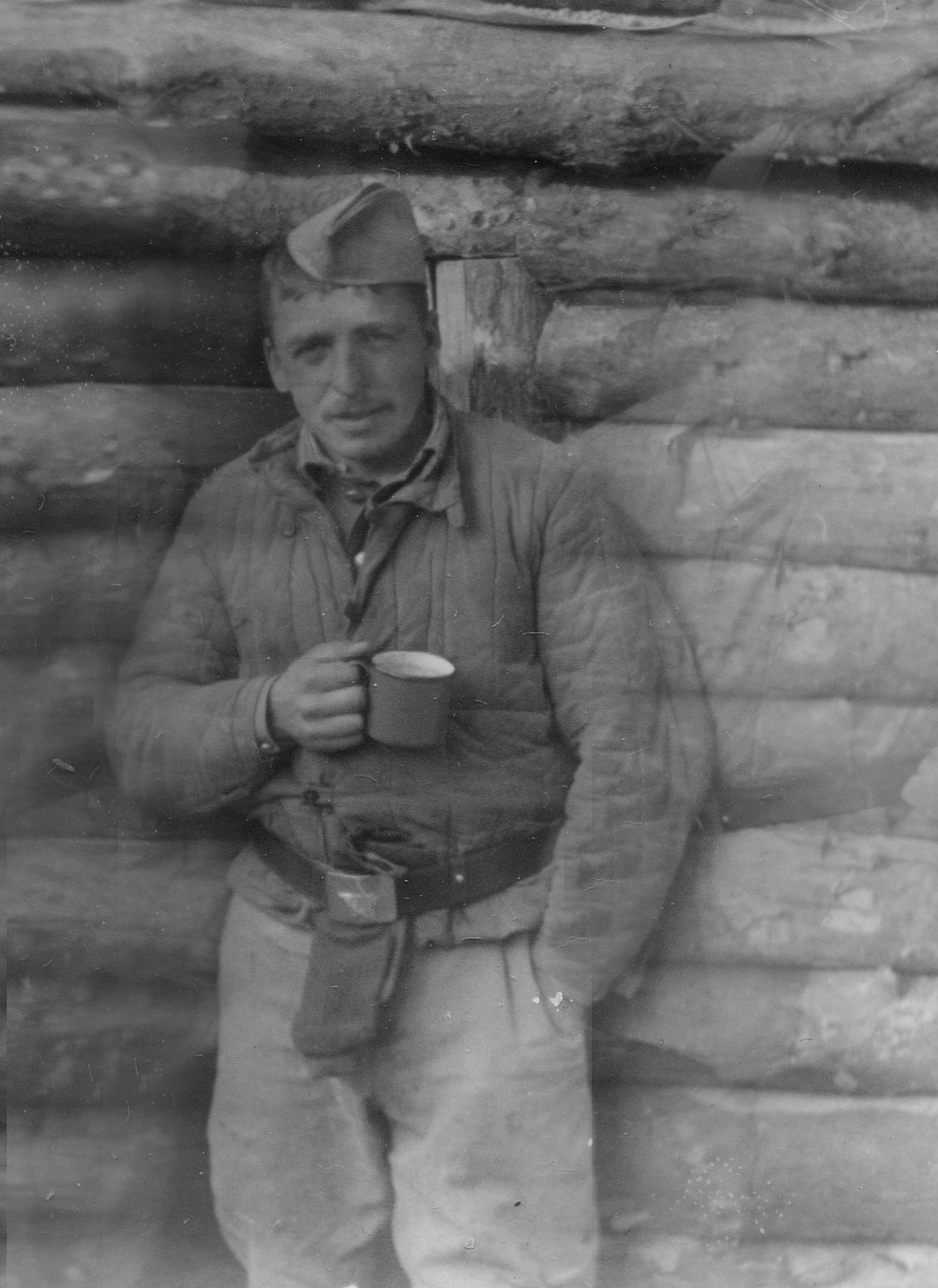 On the photo - I'm in the same camp, maybe in the same “vatnik” in which I hid the coffee. And with the mug from which I drank it.

After the army, living (many years without a residence permit, with all the consequences) in a time of rapid changes, when the USSR was already dying, but still could not throw away his hooves - I sometimes had the thought of emigrating to America. I once saw a movie about bicycle couriers in New York on TV or in a "new-fangled" video store. These were desperate strong guys delivering mail, or small loads in a city full of cars, with adventures and difficulties. However, now, comparing the bicycle couriers of today's Kharkiv with them, I can say that in New York, among the difficulties, there were no rockets or shelling. So then I thought that if I came to America, I would probably make a living for the first time by bike courier.
More years passed. I never emigrated to America. Our Kofein has already opened in Kharkiv. We set up our own coffee roastery, where I not only roasted coffee, but was also a bicycle courier for a couple of years, that is, delivering coffee. Just then I once again came to Berlin. At that time, most of the trendy coffee shops and New Wave coffee roasts were not there. There were a few old ones and I decided to go to roastery “Coffee mamas”, which roasted coffee under the Deutsche Ban platform near Alexanderplatz, when I was in Berlin in 2001, i/e "Pharaones Ages", when there no one heard any waves of "specialty coffee" in our country. There was also a coffee shop nearby with the provocative name CoffeinBar. And then somewhere I came across the first (besides myself) real bicycle courier. I was so moved that I almost rushed to hug him. But the dude was sweaty, worried, and quickly drank coffee from a paper cup. 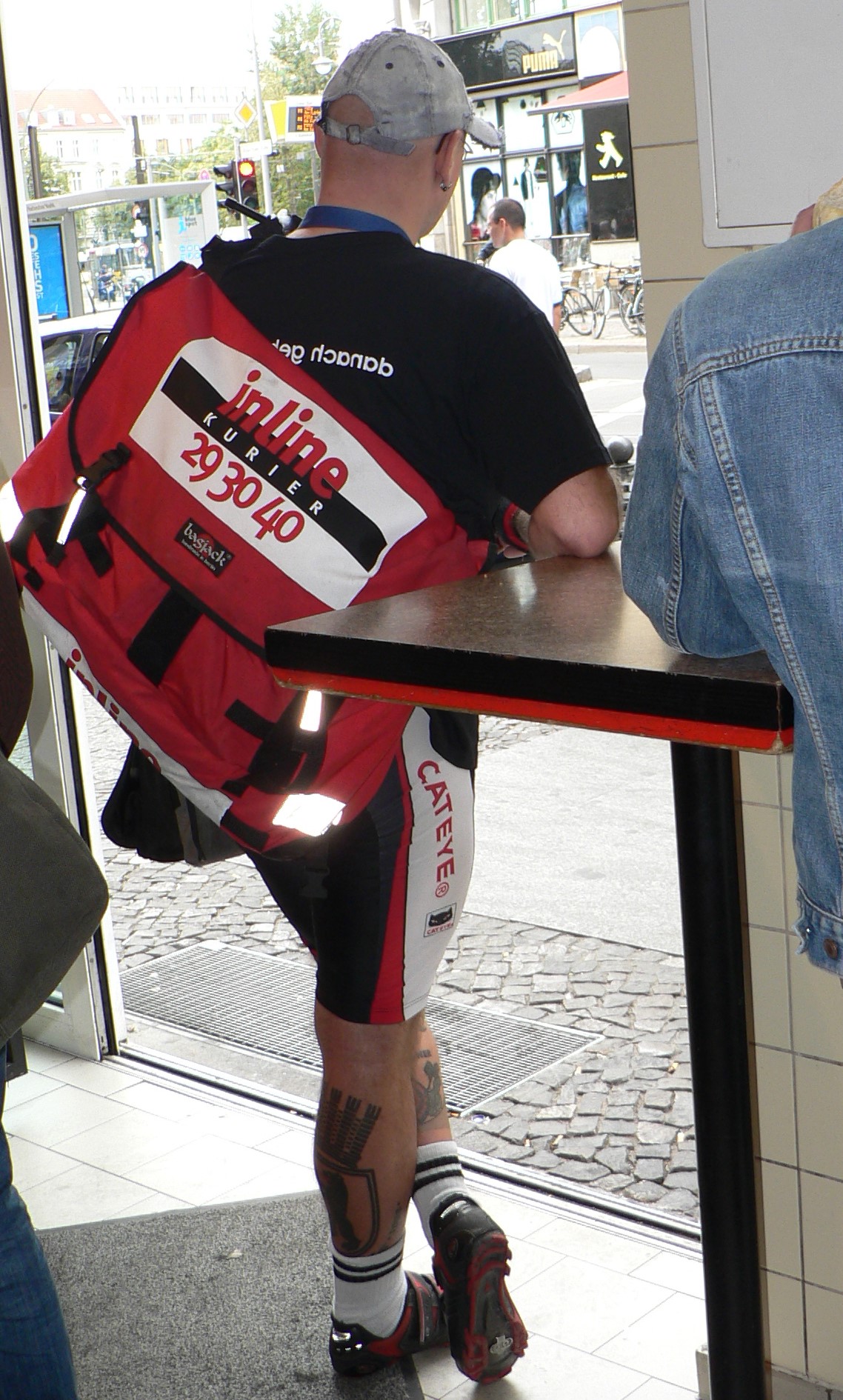 It was obvious that he was no longer a free independent courier like me, but working for a large company, with dispatchers, uniforms, that is, with all the signs of industrialization and globalization. The romance of the profession faded before my eyes. The guys on bikes and motorcycles with yellow backpacks-boxes, which have flooded the streets of our cities in recent years, "finished" this romance even more. I distanced myself from this profession. But now, so unexpectedly, I returned to it again.
So, almost 35 years later, carrying a backpack with coffee, I realized that it was my karma. I must have been overtaken by the terrible curse of the “prapor”, which did not find its imported package under the concrete slab and howled furiously like a mad wolf in the Bryansk forests, cursing the one who stole his freshly stolen coffee…
Interestingly, this insight (about my coffee karma) came to me on the very day we met with military correspondent, photographer and writer Serhiy Loyko. I gave him our coffee, brought by bicycle in a backpack. And he gave me his book "The Flight".

If the coffee karma exists, can there be another, general karma? And she will catch up with the prototype of one of the heroes of the novel "The Flight" named Pukhov (Putin) and he will get something heavy on the head? Sooner, please - rush and brought... ;) 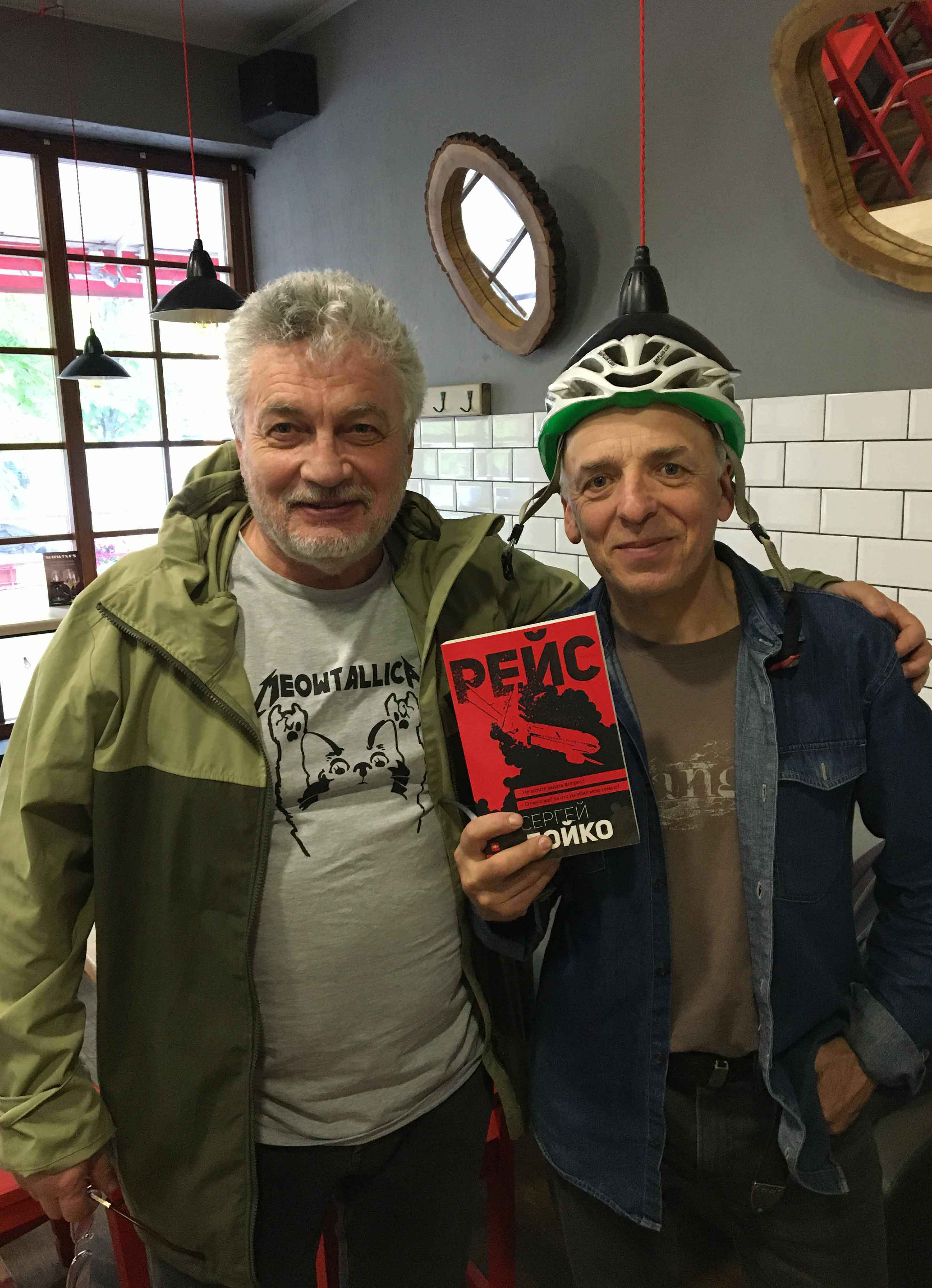